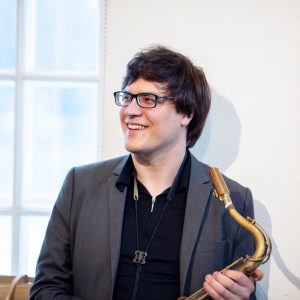 Robert Unterköfler began his jazz studies at the Konservatorium Klagenfurt.
He holds a Bachelor degree from the Musik und Kunst Privatuniversität der Stadt Wien and also studied in Groningen and Rotterdam (Netherlands).
He also holds a masters degree in Music Education from JamLab University, which was part of the Ö1 Jazzstipendium he won in 2018.

Available on Bandcamp, i-tunes and direct order via e-mail